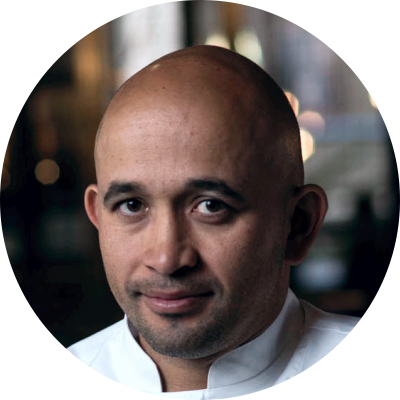 Born into an Indian-Italian family, Adam D'Sylva was blessed with first-hand access to two of the world's most beloved cuisines from a tender age and cemented his passion for cooking in his Nonna’s kitchen.

Adam began his culinary journey with an apprenticeship at the Hilton on the Park in Melbourne. He then explored his love of food by travelling through Europe and Asia and working in restaurants in the Marche region of Italy and Hong Kong. Returning to Australia, Adam went on to work as head chef at Pearl and Longrain in Melbourne.

In June 2009, Adam opened Coda followed by Tonka in 2013.  Coda’s menu draws inspiration from across the globe, blending Asian and European tastes and techniques while at Tonka, Adam looks more to his paternal heritage and celebrates the vibrancy of Indian techniques and flavours.

These two venues, now intrinsic to Melbourne’s culinary scene, have been awarded and maintained Chef’s Hats in The Age Good Food Guide since their inception.

In 2020 Adam opened Boca Gelato and in 2021 he became the Creative Director of W Melbourne eateries, Lollo and Culprit Café.

With expert television appearances on all of Australia’s major networks and a regular presence at Australia’s best food and wine festivals, Adam has rightfully secured his place amongst the heavy hitters of Australia’s internationally recognised dining scene.