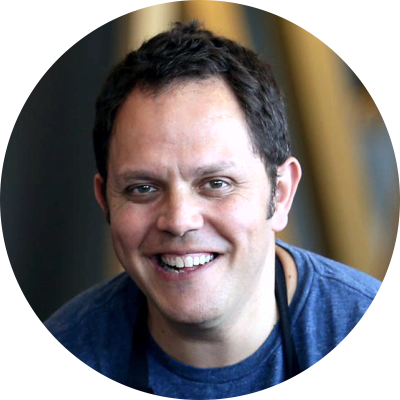 Alastair McLeod is a chef, television personality and industry ambassador with an unbridled enthusiasm for all things food.

Bestowed with the gift of the gab and a quick wit, Alastair is best known from his roles on lifestyle programmes, Queensland Weekender and Great Day Out (Channel Seven) and Ready Steady Cook (Network 10). Alastair also has a recipe column in the Brisbane News and his Irish brogue is frequently heard on ABC and 4BC radio.

Born in Belfast and classically trained in Europe, Alastair’s experience in the kitchen is extensive.  He’s worked at Michelin listed restaurants across the world, such as Roscoff in Belfast, United Kingdom, and Da Giovanni in Torino, Italy. He’s also worked at La Fregate in Collioure, France, and one of Scotland’s finest restaurants The Ubiquitous Chip in Glasgow.

When the timing was right he chose to settle in Queensland, and more particularly Brisbane, largely because of the enormous range of amazing produce that's grown right on his doorstep.

His tenures in Brisbane have included roles as executive chef at the iconic, Brett’s Wharf as well as the much-acclaimed award winning, Tank Restaurant and Bar.  More recently, he has launched Al’FreshCo., his own business that provides catering to private and corporate events.