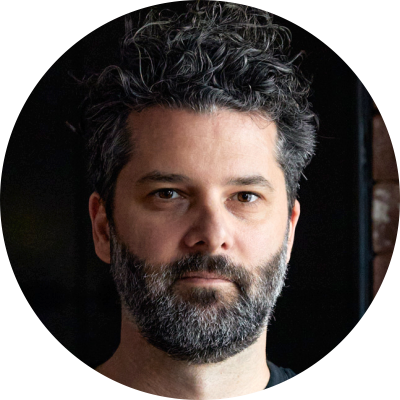 Ben Williamson’s latest venture, Agnes, combines the drama and skill of wood-fired cooking with contemporary hospitality. He is known for cuisine that pays homage to some of the world's greatest culinary traditions and histories.

Ben Williamson sources his inspiration from culinary traditions and great cuisines of the world. After completing his apprenticeship in Perth, Ben accepted a role with Gulf Air to create and deliver the in-flight menu for first-class passengers. Based in Bahrain, the role gave Ben the opportunity to broaden his horizons and explore the fundamental passion and spirit Middle Eastern cultures share.

After several years abroad, Ben settled in Brisbane to work at highly lauded restaurants throughout the city, such as Enotecca 1889 and Urbane/The Euro, and then at Gerard’s Bistro as Executive Chef in 2012.

In 2019 Ben left Gerard’s to build his own restaurant with Tyron Simon and Frank Li. This new venture, Agnes, would focus on natural methods and exclusively use wood burning flame as its method of cookery. After some delay due to COVID restrictions, Ben pivoted and transformed Agnes into a pop-up bakery to critical success.  Agnes, as it was originally envisioned, opened its doors in August 2020 and quickly became one of the most highly sought-after dinner reservations in Brisbane.

In 2021 Ben, Ty and Frank opened Bianca, a modern Italian trattoria on Ada Lane and Ben became co-owner and Group Executive Chef of sAme sAme and Honto, plus found a permanent home for Agnes Bakery in a heritage cottage on James Street.