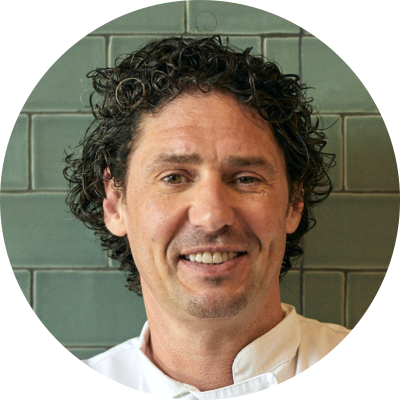 Born in Dublin and trained by the legendary Raymond Blanc, Colin Fassnidge moved to Australia in 1999 and started to make a name for himself in the Sydney restaurant scene throughout the early naughties.

Colin was at the helm of The Four in Hand Dining Room in Paddington before opening his own restaurant, 4Fourteen in Surry Hills. Colin turned each venue into an awarded and celebrated dining destination, gaining accolades in lauded publications such as, Gourmet Traveller’s Top 50, Sydney Morning Herald’s Good Food Guide (Two Chef’s Hats) and Australian Financial Review’s Top 100.

Next up, Colin turned his attentions to his love of pub dining spaces and good honest no-nonsense cooking at Banksia Bistro and Terminus Hotel.

Colin’s opinions and honesty led him to an 8-year appearance as a judge on My Kitchen Rules (Channel 7).

Adding author to his list of accomplishments, Colin released cookbooks, “Four Kitchens” followed by “The Common-Sense Cook” in 2020.