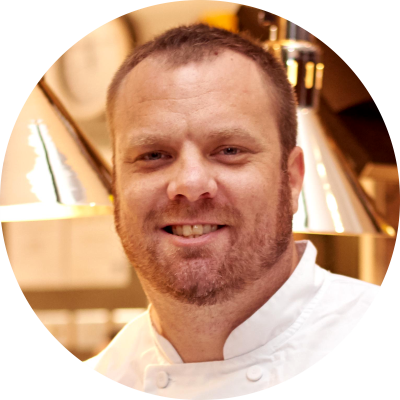 Jake Nicolson has worked at prestigious venues around the world, but currently calls Brisbane home. He is Executive Chef of the Ghanem Group, where his ever-expanding portfolio includes Blackbird Bar & Grill, Donna Chang, and The Boom Boom Room.

Jake Nicolson began his career at the Lake House in Daylesford under the guidance of chef and owner Alla Wolf Tasker. The early aughts saw him travel around the world to compete in various culinary competitions, where he won scholarships and accolades that cemented his status as a chef to watch.

Prior to joining the Ghanem Group, Jake worked at Circa the Prince in Melbourne for seven years, taking over as head chef in 2010 where he was recognized with two Chef’s Hats in 2012. Jake’s work experience also includes a stint at El Bulli in Spain and prior to that in London at The Vineyard, The Square and The Ledbury.

Since joining the Ghanem Group in 2013 as Executive Chef, Jake's portfolio has continued to grow. Starting with Byblos Brisbane and Melbourne, the award-winning Blackbird Bar and Grill, Donna Chang, The Boom Boom Room, and the recently opened French restaurant Bisou Bisou and Iris Rooftop Bar and Restaurant in Fortitude Valley.