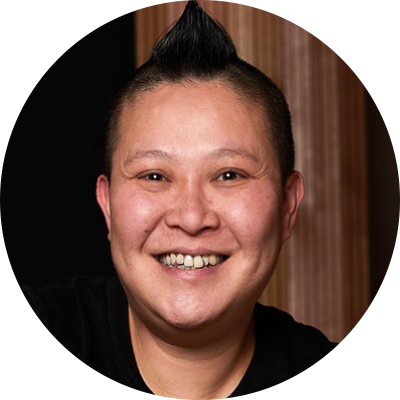 Jerry Mai is a Vietnamese-Australian chef living and working in Melbourne, Australia. Jerry’s cooking tells her family’s story through flavours. The food is predominantly Vietnamese, with more than a little inspiration from Thai and Cambodian cuisine.

She has spent 20 years working in some of Melbourne's greatest kitchen institutions including Longrain, Gingerboy and Seamstress.

As with many antipodean chefs, Jerry felt the call of London and spent two years in one of the world’s great culinary capitals.

At Nahm, Jerry was inspired daily by David Thompson and his unique take on Thai food. The innovative and acclaimed fine diner was the peak of Thai cuisine and simply one of the best places in the world a chef like Jerry could hone her skills.

A stint at Zuma, the high-end uber trendy Japanese izakaya, gifted Jerry new techniques and skills, as well as the opportunity to work with new and familiar ingredients in entirely different ways.

Jerry owns and runs two restaurants offering different Vietnamese food experiences - the cool, casual street-food of Pho Nom and Bia Hoi, a loud, fun interpretation of the local beer halls common throughout Vietnam and showcasing her mother's recipes, all intertwined with her own unique food experiences.