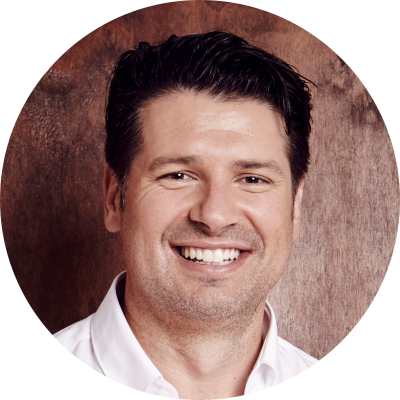 Anthony Puharich knows meat. He has an established reputation as one of Australia’s leading butchers and entrepreneurs. Anthony Puharich is the Founder and CEO of Vic’s Premium Quality Meat and star of his own Lifestyle FOOD program – Ask the Butcher.

Anthony and his family have created one of the most successful wholesaling businesses in Australia, Vic’s Premium Quality Meat, which he established with his father Victor Puharich in 1996. It has since grown to become the country’s leading distributor of quality meat, servicing many of Australia’s finest restaurants from Vic’s Meat businesses in Sydney (est.1996) and Melbourne (est.2013). The success of the business was driven by combining his father’s artisanal butcher skills (Victor is a fourth generation butcher and has worked in the industry for over 40 years) with Anthony’s passion for produce and keen business acumen.

In August 2009, Anthony opened one of the world’s finest boutique butcheries, Victor Churchill in Woollahra. Designed by Anthony and Dreamtime Australia, the store set a new benchmark around the world for meat retailing – attracting a number of accolades including the 2010 International Interior Design Award for retail stores, held in New York. Victor Churchill was competing against international retail behemoths like Hermes and Louis Vuitton, yet walked away with the top gong. It has also become a destination for international food royalty and celebrities, receiving praise from the likes of Anthony Bourdain, Fergus Henderson, AA Gill, Hugh Jackman and Oprah Winfrey. In November 2021 Victor Churchill opened its doors to the brand new Melbourne store in Armadale.

Anthony opened his second retail outlet, Vic’s Meat Market in October 2014, the first and only butcher located at the famous Sydney Fish Market in Pyrmont.