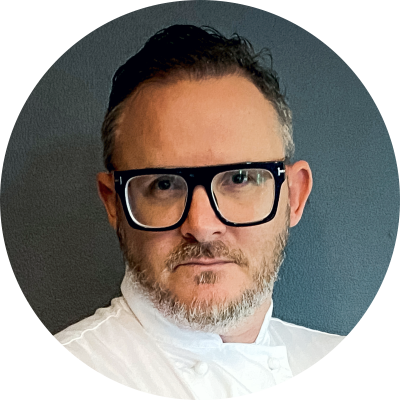 With a career spanning over 30 years, London-born, award-winning Chef Spencer Patrick brings his culinary expertise and two decades of Michelin star experience as Founder and Director of Taste Port Douglas.

In the early years of his career Spencer was part of the ambitious brigade working alongside esteemed chef Marco Pierre White to bring the Michelin Guide’s highest accolade to London’s The Restaurant in the mid-1990s. Over the course of seven years, Spencer also worked as Head Chef in Marco’s London restaurants Mirabelle (Mayfair) and Quo Vadis (Soho), retaining their Michelin Stars and The Cafe Royal (Piccadilly); where at the age of 26, he was the youngest chef in the UK awarded a Michelin star. At the time, Spencer’s work at The Cafe Royal was also recognised in London’s Good Food Guide with an 8/10 ranking, making him joint third place alongside Gordon Ramsay.

Arriving on the shores of Australia in 2005, Spencer went to work with Raymond Capaldi at Fenix in Melbourne prior to making the journey to Port Douglas and opening Harrisons Restaurant in 2007. With a contemporary Australian approach to English classics and a distinct regional North Queensland influence, he quickly gained national acclaim securing a Chef's Hat in Queensland’s Good Food Guide that is still maintained today. In addition,

With a passion for knowledge sharing and dedication to industry growth and excellence, Spencer launched his consulting business, SNR Food Solutions in 2019, where he continues to channel his expertise in the hospitality landscape advising restaurants and events on best practice, and mentoring young talent. Spencer also oversees the ongoing success of his award-winning Port Douglas venue, Harrisons Restaurant as executive chef and is the culinary director and co-founder of celebrated Far North Queensland food festival, Taste Port Douglas. In a four-day program of gourmet experiences in the idyllic seaside town, Spencer uses his extensive industry reach to attract the best Australian culinary talent to participate in the festival.